Ultimate Guide For Anniversary Gift Ideas [For Every Year]

*this post may contain affiliate links. They don't cost you a penny, but pay a commission to this site - LEARN MORE 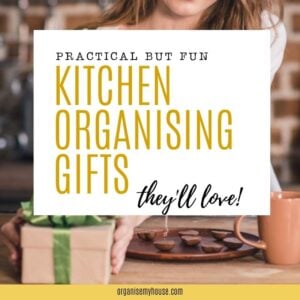 Practical (But Fun!) Kitchen Organisation Gifts They’ll Love To Get From You 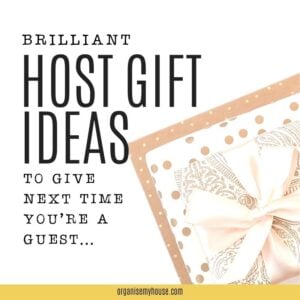 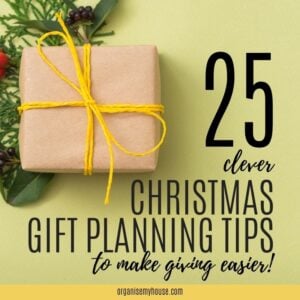 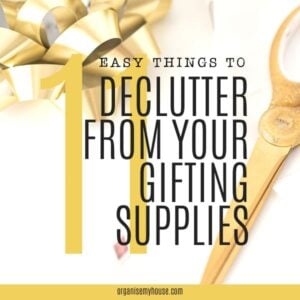 11 Easy Things To Declutter From Your Gifting Supplies
Share with a friend! 0
Pin & SAVE FOR LATER 0

I’m a sucker for tradition, so when we got married I started to search for anniversary gift ideas for what to buy my hubby for our first one…

I had no idea that there was a theme for every year of being married!

Yes, I knew about the big ones, such as Gold, Silver and Diamond – but a paper wedding and a china anniversary? It was news to me.

I discovered a whole new world of themes out there, and after exploring some more it wasn’t even that there was one theme, there were some years that had different themes for both traditional and modern eras, not to mention flowers and gems/metals as well.

It started to get a little confusing!

I wanted to buy gifts that were special and in the right theme for both my husband and any other peoples wedding anniversaries I wanted to buy presents for, and so I decided to make a printable to collect all the themes in one easy to reference place (which I keep in my Home File).

That way I can take a look when our anniversary is coming up – and think about what I can get that’s relevant and ideal for him.

I’ve also been blessed with a very traditional (and thoughtful) hubby, and to be totally honest, he’s usually better at me at remembering what the theme each year is and buying the perfect item that’s related – so I’m channelling him for this post!

So – I thought I’d help you out today and create what I like to call the ‘Ultimate Anniversary Gift Ideas Guide’, and share my printable along with some ideas that I’ve found over the years!

So – this post has been split into two sections – first is where you can learn what the themes are for each year of marriage, and then I’ve given loads of great ideas for presents to get him or her for that special day.

So – have fun, and get inspired!

Here is a run down of all those themes, but don’t worry – you don’t have to remember them! – The printable with them all on is below.

This printable is a quick reminder for each and every year I can find, of themes for anniversaries – just print it off and use for inspiration from now on!

It’s available in the OMH Printables Library – the place where all free printables from the site are kept.  It’s available for newsletter subscribers as a special freebie, and all you need to do is enter your email to become a member and get instant access. Hope you enjoy!

YES – I want access to this (& the other) FREE Printable(s)

So – now you’ve got the themes sorted, and ideas for what to start with when looking for the ideal anniversary gift, I’m not going to leave you there…

No – I wanted to also add in some of my absolute favourite ideas for gifts for him (and for her!).

Some are presents I’ve bought or been given in the past, and others are ideas that I hope will inspire you to try something new this year.

Simply take a look and click on the items you want to find out more about: –

Note – Clicking on any item below will take you to the store so you can see details and purchase – for your convenience. The links are affiliate links, which means I earn a small commission for any purchase you make – at absolutely no cost to you, of course.

So – there you have it – the Ultimate Guide to Anniversary Gift Ideas!

Not only have I given you a free printable for all the themes for each year, but also delved deep into some ideas for what to buy for each year.

I really hope they inspire you on your next wedding anniversary – and congratulations for however long you’ve been married!

P.S Want to know more about buying the perfect gift for someone? Click HERE to take a look at the post I wrote all about it.

Liked this article? Try These Next...

How To Never Forget A Birthday Again – Quick Tips That Work!

How To Never Forget A Birthday Again – Quick Tips That Work!

Gorgeous Gift Ideas For Women – To Make Her Feel Special

Gorgeous Gift Ideas For Women – To Make Her Feel Special

3 Types Of Ideal Host Gift Ideas To Give Next Time You’re A Guest
SHOP ALL PLANNERS & COURSES NOW
This website uses cookies to improve your experience & to help understand how you use the site.
ACCEPT & CLOSE Find out more..Settings
Cookies Policy