My daughter loves butterflies – and crafts – so mixing the two together was the perfect way to spend a day over the recent school holidays – and of course, I had to share!

This is a really easy craft to do, and it can be used for lots of other things as well (which I’ll list later in the post for you) – so I wanted to show you how we did it so you can have a go yourself. It’s a lovely way to put a bit of character on a wall and in your home without having to cost a lot, and it’s easier than wallpaper!

My daughter LOVES butterflies – and so I wanted to achieve the look of butterflies flying over the wall in her room – as if they were leaving the house that is her bookcase, and flying out of the window.

This seemed like a much more cost effective way of adding in her favourite things without having to change much at all – perfect! (and it means they can be easily taken off and changed as she gets older).

Having a quick scout around the internet told me very quickly that my initial idea of cutting out each and every one by hand was not one of my best ideas(!) – and I found this amazing butterfly punch**  on Amazon which is part of the Martha Stewart craft product range – a new firm favourite!

TIP – there are loads of different cutters to chose from and I went for a simple shape as this would be most effective on the wall. I also went for the largest cutter I could so that the butterflies weren’t completely lost on the wall – it’s worth checking what the actual size of the cutout will be before you purchase. 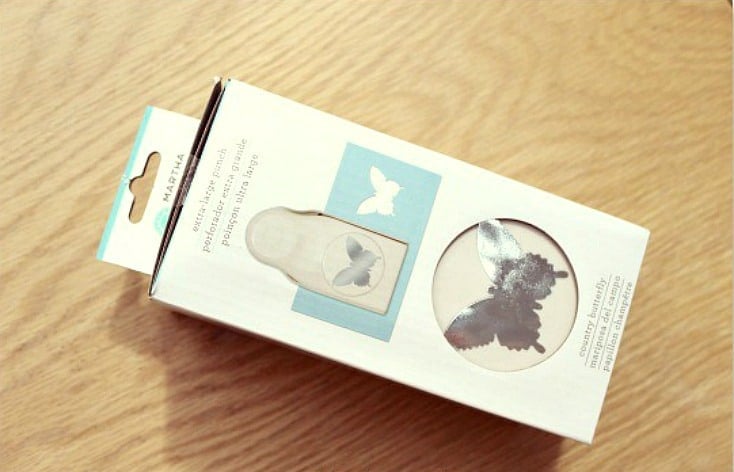 It’s a very heavy and sturdy piece of kit, and really easy to use – even for a little girl! (and the cutter part is well hidden so its safe for fingers too!). 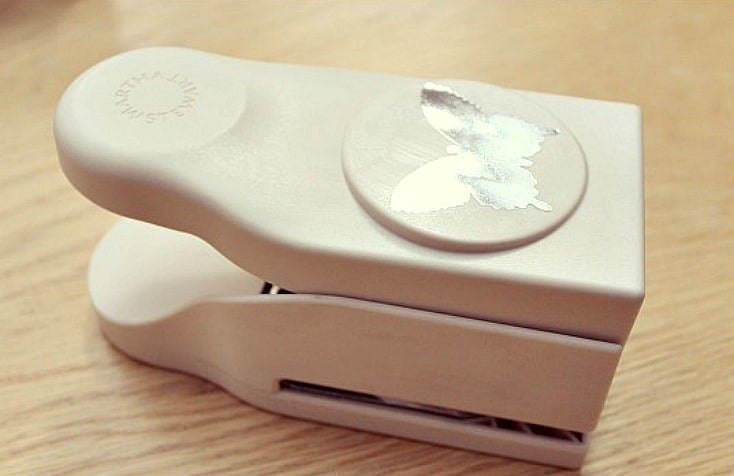 You simply put some paper in, and press down – it does all the hard work for you… 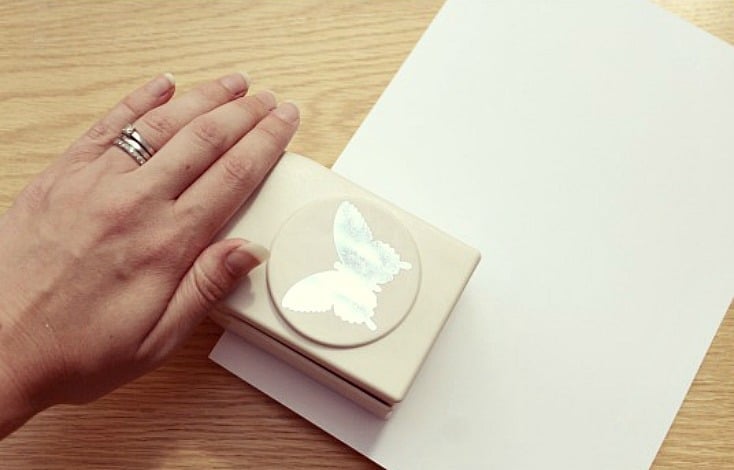 And the quality of the cutting was amazing – we couldn’t have been more excited (queue random singing and dancing around the kitchen!) 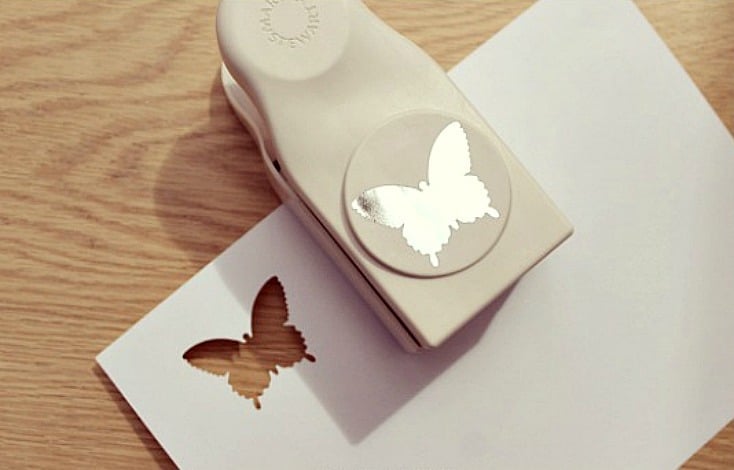 The next step was to choose the paper with which we were going to create the artwork, and there were many options – but I found a great pack of suitable thickness patterned scrapbook paper on sale in Hobbycraft.

It’s not the cheapest paper in the world at full price when you buy it in books, but as with most things you get what you pay for, and I worked out that even using sheets of wrapping paper (which was my other option, but it would have to have been very thick) would have worked out at a similar price in the end. 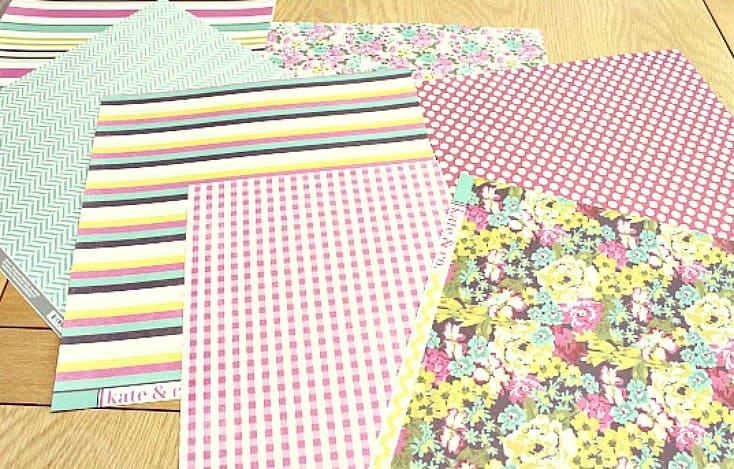 So we started by cutting out a load of different patterned butterflies – this was loads of fun as they looked more amazing the more we did! I had a very excited little girl by this point too… 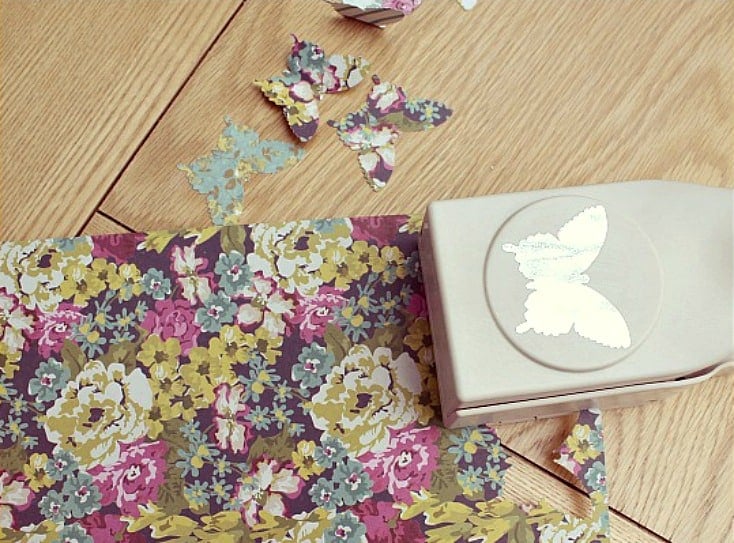 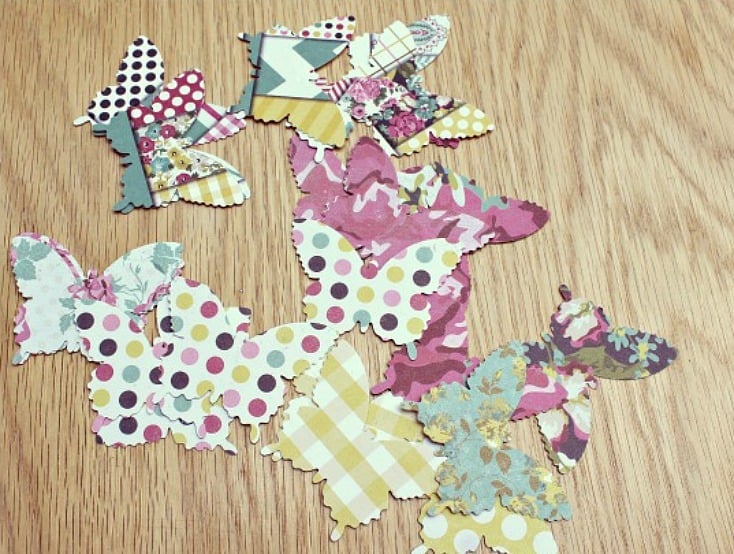 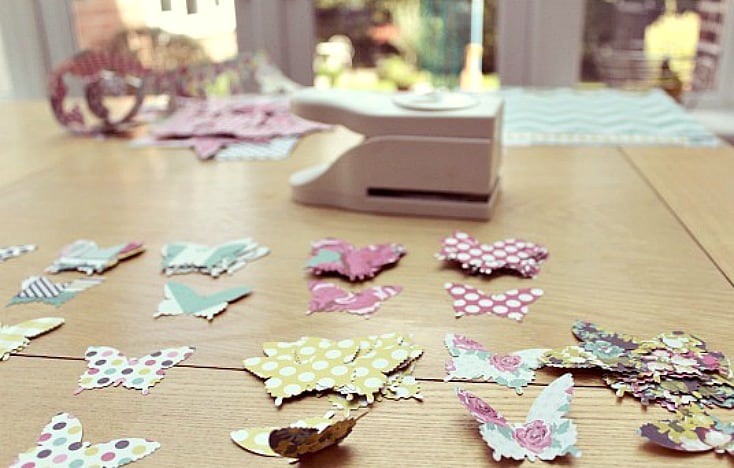 The next step was to make them more 3D in appearance – so that when they were stuck to the wall they weren’t flat, and the looked more like they were real.

The easiest way to do this was to simply bend around a ruler – the paper was thick enough that they stayed in shape after doing this. 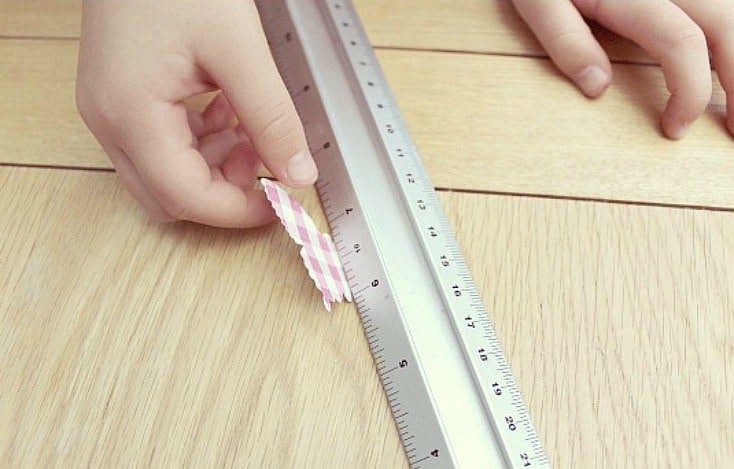 And last but not least we simply stuck them to the wall. I used blu tack as then they could easily be moved if required, and they stay in place nicely (you just have to be sure little hands don’t start picking them off the wall…!)

The look I was after in the beginning, of the butterflies flying away from the house towards the window, works really well I think, and I would be very tempted to do more around the rest of the room. 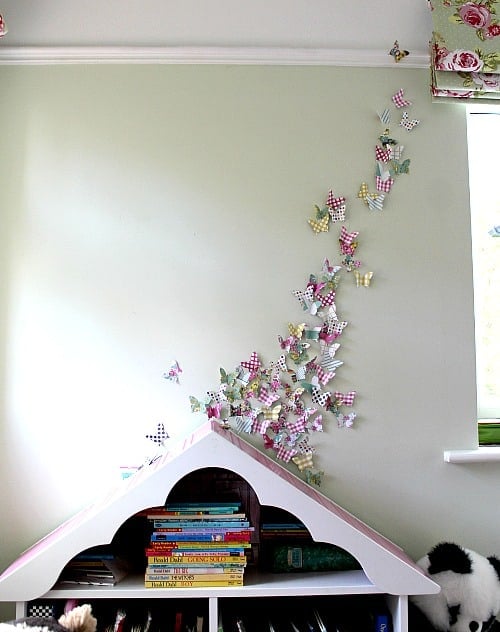 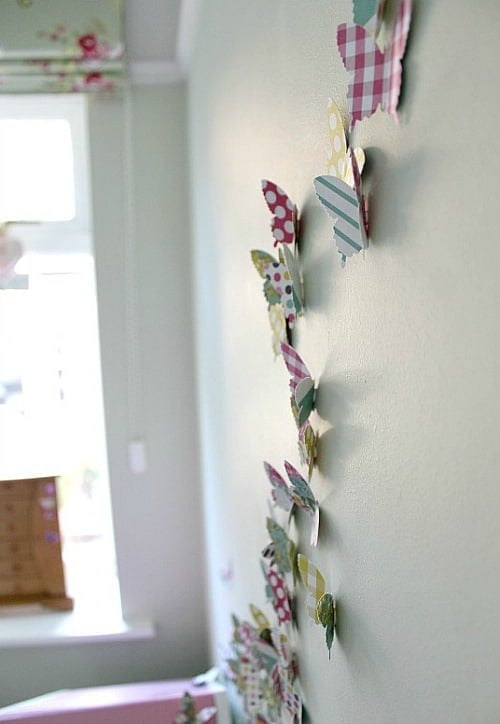 Here are some other ways I have thought of to use this type of craft that you may just get more inspiration from – and you never know, they may appear in my home at some point in the future so watch this space! 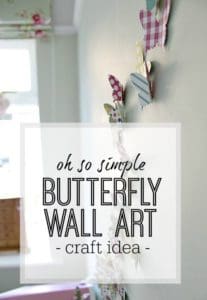 I love these craft cutters, and will definitely be using them again in a project at home soon – so watch this space!

Are you tempted? Have you done something similar? I’d love to hear about it so please leave a comment below – thanks in advance x