I have been thinking for a while now about starting a series of posts about how to be prepared for different situations that unfortunately can crop up from time to time. After all – things happen, and they can be frustrating/stressful and horrible when they do – so why not try and alleviate some of that pain by assuming it will happen and getting in there first with some strategies that may well help.

The first of these that I know would adversely affect us all if we had to deal with it would be what to do if you lost your purse or had it stolen. 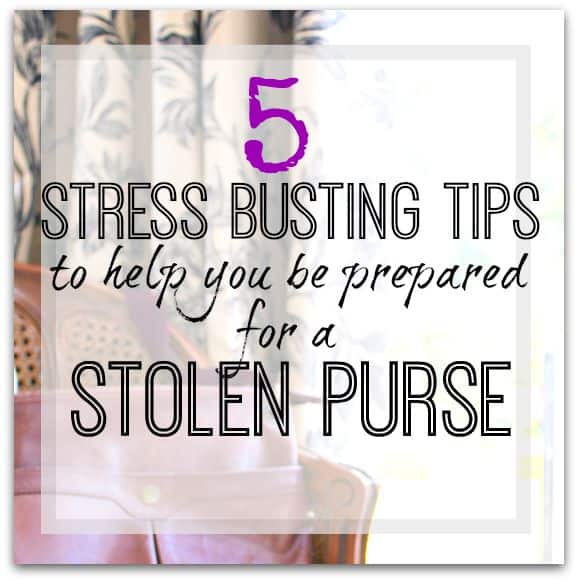 Why a stolen purse first?

Well, as life goes sometimes, in a twist of irony, before I had a chance to organise this for myself, my purse was stolen. So I know how it feels, and I wouldn’t want to have to go through all that again.

NOTE TO SELF – don’t put things off, especially getting prepared for emergencies or worst case scenarios….

I was simply out doing a few errands one morning, and was literally in town for about ten minutes – knowing exactly what I had to do and trying to get it done quickly so I could get back to work.

I had my purse in one shop, then a couple of minutes later in the next shop – it had gone.

Whether I had left it on the counter in the first shop and someone had taken it, or whether someone had gone through my bag en route to the second shop I don’t know – but the only explanation for it going was that it had been stolen.

I’m not exaggerating when I say that this left me cold.

Not only was I shocked that someone had the capacity to take someone elses purse in such a short amount of time – but that I literally had no clue what to do next.

As with most people, my purse was full of stuff that was important and precious to me, and it took a few minutes to go from upset to focused on getting things sorted out asap.

After all, time is of the essence when you’ve lost your purse – as people could be trying to use your cards etc… straight away.

The first thing I did was go to the police station and report the purse missing (it was only a few doors away and on my route home) – so at least if someone handed it in I had a hope of getting it back to me.

Then I went straight home and got on the phone to cancel all my bank cards and request new ones.

I then sat for a LONG time and tried to remember everything that I had in that purse – and the list was huge! Some of what was there was as follows:-

It was the enormity of sorting it all out that was so frustrating – the waste of time AND money (some things had a cost for getting new ones). Finding all the phone numbers/websites etc… that I had to go to – it literally took a couple of days to get things ordered and cancelled etc….

Also during this time I was worried that I may have missed something, which played on my mind for a few days afterwards, and I was upset for the loss of the sentimental items that were of no use to anyone but me – you can’t replace those.

It’s now been a while, and I have pretty much got everything sorted – and I have learned the hard way what I should have done in the first place that would have saved a lot of time, stress and energy, and I wanted to share these tips with you today.

As always with getting organised, there’s a list involved here!

Although I always used the same compartments in my purse for things, under stress I found it really hard to visualise it so that I could write everything I had down on a list after it was stolen.

Alongside each item on the list I would have loved to have had all the numbers/websites to use to sort it all out. This would have saved loads of time on the day, and the quicker everything can be cancelled obviously the better for everyone.

(I also think that when stressed things can take a lot more time to find, and so this can at least take some of the stress out of the situation as well)

EXTRA TIP – add the bank card stolen numbers into your mobile phone as then you can cancel immediately.

It sounds a bit crazy, but I wish I had taken a photo of my purse showing what it looked like, this would be useful if you needed to describe it to anyone (police or shopkeeper etc…).

You could also take a quick picture of items in the purse so that you have a copy – but please don’t take photos of your bank cards as these would show the numbers etc…. on them – just a general sense of what you have in the purse would help.

EXTRA TIP – If, like me, you have sentimental items in your purse – photograph them or take a scan/photocopy of them so that you have a copy should they be lost.

One thing that would have helped me when it happened to me was to have had a backup purse ready.

I had no cards, no money and no purse – so it would have been really good to have had a backup card/cash in a purse in the house ready to use should that eventuality happen.

This would have helped in those couple of days when I was waiting for the new bank cards to come through.

I was lucky that I was at home for those days, but if I had needed food/petrol etc… this could have been an issue (or I would have had to borrow from a friend).

I now carry two smaller purses in my handbag. One has my bank cards and the important stuff in, and the other has all my loyalty cards in.

Obviously if my whole handbag gets taken/is lost then this won’t help, but if I lose my purse then at least I only have to go through the hassles for what was in that one purse rather than everything. 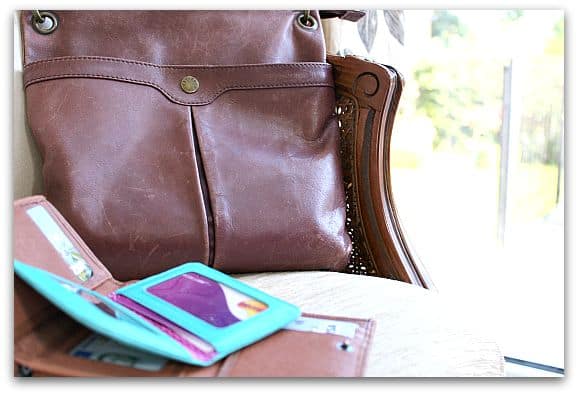 EXTRA TIP – This wouldn’t help if a purse was stolen, and so I haven’t added to the main list of tips, but if it was lost, then you may get it back more easily if you had your phone number in it – why not have a card or bit of paper that says “If lost, please call……. Many Thanks” visible and you may just get it back… 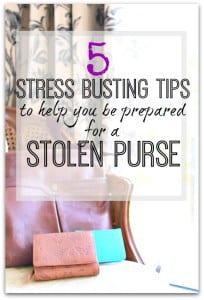 Life happens, and as such we do have to be prepared for things to go wrong.

Whether you leave your purse on a bus, get it stolen, or simply can’t find it any longer – these things could happen at any time, and it pays to be prepared just in case.

This means doing as much as you can BEFORE the worst happens so that it makes it easier for you if it does.

It’s too late after it’s gone….

So – how would you cope if your purse went missing tomorrow? are you ready?

HOW ORGANISED ARE YOU? Find out whether you're an Ostrich, Swan, Puffin, or Owl - & learn exactly where to focus your organising to help you the most.... END_OF_DOCUMENT_TOKEN_TO_BE_REPLACED